Cover Reveal! Home is Where You Are by Tessa Marie @TheresaMarieP @JulieAReece 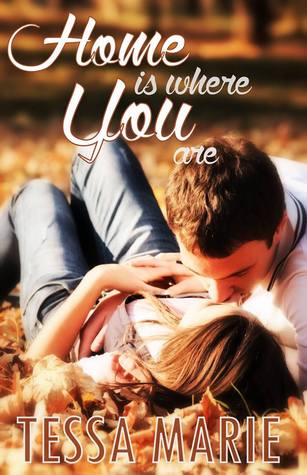 Anna’s life reads like a check list.
Straight A’s (Check)
Editor of the school paper (Check)
Volunteering time at the local soup kitchen (Check)
Ivy League (So close she can taste it)
Falling in love with a homeless boy (Not on the list)
Dean has a plan too. Survive. After being subjected to his foster father’s violent attacks,
Dean made the hard choice to leave. Now he lives on the streets doing everything he
can to get by, refusing to let people help him. But when he meets Anna, he realizes not
everyone is out to hurt him.
Slowly, Anna and Dean let each other in, blending their two worlds into one. But when
a series of events brings Dean’s world into perspective, he pushes Anna away. Not
willing to accept the line that divides them, Anna sets out to bring Dean back to her.
Her determination and faith in their future puts her on the tracks of danger, and he is
the only one who can save her.

Theresa Paolo lives in the same town she grew up in on Long Island, NY with her long time boyfriend and their fish. Her debut novel (NEVER) AGAIN, a NA romance, released in Fall 2013 with Berkley (Penguin). (ONCE) AGAIN will release this summer. She is also the coauthor of the Amazon bestseller KING SIZED BEDS AND HAPPY TRAILS and BEACH SIDE BEDS AND SANDY PATHS, a YA contemporary series, under her pen name Tessa Marie. She has a hard time accepting the fact she’s nearing thirty, and uses her characters to relive the best and worst years of her life. She put her love of writing on hold while she received her Bachelor’s Degree in Marketing from Dowling College. When she’s not writing, she’s behind a camera, reading, or can be found on Twitter, Pinterest and Facebook.