Have you checked out this series by Stephanie Wardrop yet?

Because you totally should!

Checkout how fun these stories look … 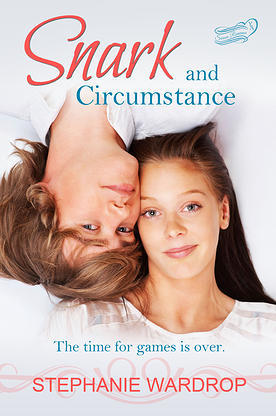 One superior smirk from Michael Endicott convinces sixteen-year-old Georgia Barrett that the Devil wears Polo. His family may have founded the postcard-perfect New England town they live in, but Georgia’s not impressed. Even if he is smart, good looking, and can return Georgia’s barbs as deftly as he returns serves on his family’s tennis courts. After all, if Michael actually thinks she refuses to participate in lab dissections just to mess with his grade, he’s a little too sure that he’s the center of the universe. Could there be more to Michael Endicott than smirks and sarcasm? If Georgia can cut the snark long enough, she just might find out. 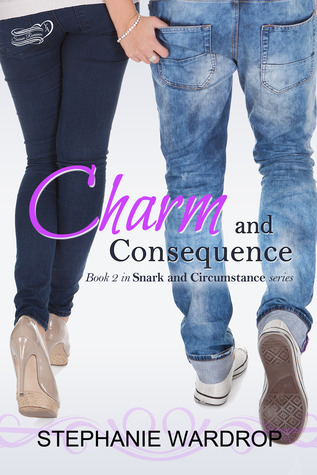 Sixteen-year-old Georgia Barrett is no expert on guys, but her bio-class partner is harder to dissect than anything in their lab tray. He’s smart, almost as sarcastic as she is, and cute in that preppie way. Things are great . . . until he decides her vegan activism is ridiculous and suddenly can’t refuse a date with her fast enough. So why does he show up at her door, interested in learning how to make tofu ricotta? And why does he seem so upset that a senior hottie has taken an interest in her? Could he be interested in Georgia after all? 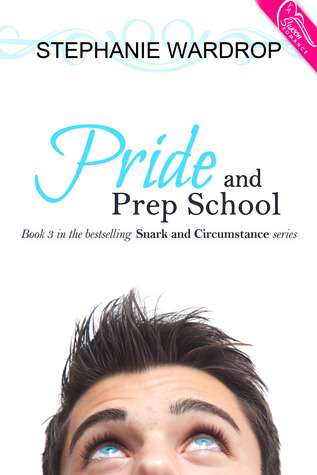 Georgia can’t figure out why the burden of a Y chromosome seems to make guys so hard to understand. First, there’s the handsome but slippery Jeremy Wrentham. After Georgia shared some pretty devastating kisses with him, she found her way home and he found her sister!And then there’s Michael Endicott, who never fails to let her know that her family’s quirkiness lies too far outside the pale for this preppie townie. But if he really feels that way, why is he in Georgia’s kitchen, asking her out? And why don’t boys come with instruction manuals? 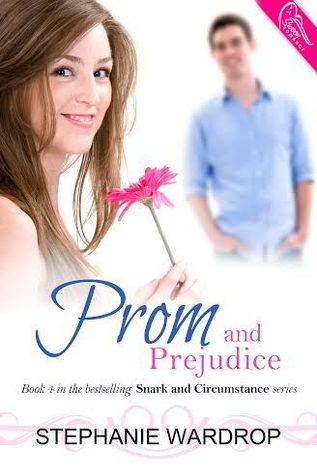 Georgia Barrett is beginning to realize that her arch-preppie lab partner, Michael Endicott, is not at all the snob-hole she once thought. Too bad Georgia doesn’t see him for who he really is until he starts dating a poised and polished senior.Georgia knows she should settle for his friendship, especially since telling him how she really feels would mean risking losing him altogether. But her heart tells her a chance at love might just be worth dropping her trusty shield of snark. And Georgia’s determined to find out. 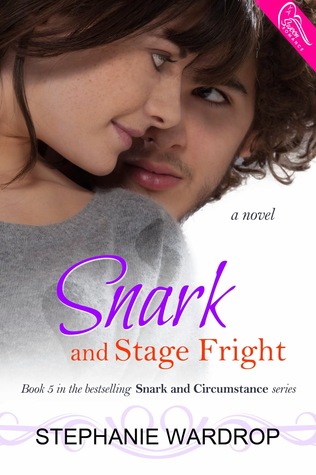 Happily-ever-after isn’t as happy or forever as Jane Austen makes it look. Just something Georgia Barrett learns when her sharp tongue costs her the only guy she’s ever really cared about: Michael Endicott.Determined to move on, Georgia lands the lead role in the school’s fall musical. But to survive on stage, she’ll need to learn to express herself without her protective shield of snark. She soon discovers being honest with others means being honest with herself, and the truth is she’s still in love with Michael.But from the looks of Michael’s new girlfriend, Georgia isn’t the only one who tried to move on. Apparently, some people are just better at it than others. And when Michael and his girlfriend join the cast of the fall musical, Georgia finds out that snark and stage fright are the least of her worries…

What people are saying:

“I wasn’t sure what to expect from Stephanie’s Snark and Circumstance  but let me tell you, I enjoyed myself. I also laughed. A lot!” ~ Jessica, Afterglow Book Reviews

“Readers will adore Michael long before Georgia does, and this is a quick, charming read that will delight readers of contemporary romance, as well as Jane Austen fans.” ~ Jen McConnel, author of ‘What Happens in London’, Bloomsbury Spark

“I’ve been so excited for the sequel to Snark & Circumstance, it lived up to all my expectations. Charm and Consequence was fabulous!”  ~ S.T. Bende, author of The Elsker Saga series 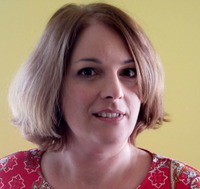