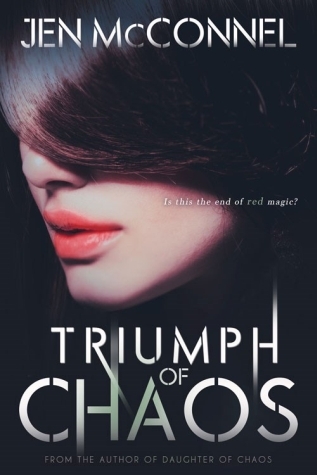 After the disaster in Europe, Darlena’s starting to get desperate. She knows the only way to
defeat Hecate and the other crazy Red Gods is by banding together with other Witches, but is it any wonder she has a hard time trusting them?

With Izzy’s support, Darlena begins making fragile strides toward repairing the mess she made,
but she just can’t catch a break. As chaos runs rampant around her, Darlena begins to think that things would be better if she’d never become a Red Witch in the first place. But there’s no way to change the past…is there?

The final book in the Red Magic series brings Darlena face to face with impossible odds, and a
terrifying choice.

Jen was nice enough to talk to us today about the lure of fantasy in Young Adult Literature right now, and what drew her to the genre …
Before I became an author, I never really thought about the cycles of literature, but now, between my writing career and my work as an MFA student, I’m suddenly much more aware of the ebb and flow of various genres. YA Fantasy was in a bit of a lull when I started writing the Red Magic series back in 2011, and it’s kind of fun to see how much of a resurgence the genre has enjoyed in just five short years.
With new titles like The Red Queen and The Wrath and the Dawn (two of my recent favorites) coupled with the Shadowhunters T.V. series, readers (and viewers) seem ready for all kinds of magic (and that’s not even considering the crazy amount of popularity enjoyed by Game of Thrones). Why is fantasy so hot right now? There are tons of reasons, but I think one driving factor that continues to fuel the popularity of the genre is the appeal of magic. I don’t know about you, but I’ve always wanted to live in a world where people had access to earth-shaking magical powers. When I was growing up, I gobbled up books about time travel and the supernatural, so it seemed a natural thing for me to write speculative fiction.
It’s fun to read and write fantasy; the normal rules don’t apply, and the situations that arise often force characters to become the best (and worst) versions of themselves on a regular basis. I love the volatility of the genre, and I think it’s incredibly cool to see YA Fantasy enjoying so much popularity right now. What’s even cooler, though, is the fact that there’s really something for everyone, even non-fantasy fans; I love the diversity of genres and styles of contemporary literature, and it’s an awesome time to be a writer and be able to contribute to the wide range of reading choices out there. That’s one of my favorite things about being an author; knowing I’m part of something bigger than I can ever imagine.
Although I wouldn’t necessarily want to live in any of the fantasy worlds I’ve read or watched (even the ones I’ve created!), there’s something deeply escapist and totally satisfying about falling into a story where, for a short time at least, anything is possible. 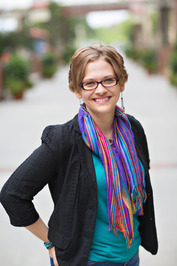 Jen McConnel first began writing poetry as a child. Since then, her words have appeared in a variety of magazines and journals, including Sagewoman, PanGaia, and The Storyteller (where she won the people’s choice 3rd place award for her poem, “Luna”).

She is also a former reviewer for Voices of Youth Advocates (VOYA), and a proud member of SCBWI, NCWN, and SCWW.

A Michigander by birth, she now lives and writes in the beautiful state of North Carolina. She’s a graduate of Western Michigan University, and she also earned her MS in Library Science at Clarion University of Pennsylvania.

When she isn’t crafting worlds of fiction, she teaches writing composition at a community college. Once upon a time, she was a middle school teacher, a librarian, and a bookseller, but those are stories for another time.

Flopping around like a fish (AKA Switching up the Genres)

I’m a young adult author.  Well, that’s not true.  I’m a middle aged woman, but I WRITE Young adult books.  This puzzles a lot of people.  “Really?” they say, “What have you gotten published?”

So I rattle off my three pub credits to date:  Last Winter Red, A Dystopian from the Make Believe Anthology; Connect the Dots, a Contemporary Romance from the For the Love of Christmas Anthology; and Jack and Jill Volume One, Sweet Romance.

“But those aren’t young adult.”

That sort of happened by accident.  I wrote and submitted “adult” works for two separate anthologies, and ended up getting published in both, and Jack and Jill is a sequel that will probably have 6 little brothers and sisters.  J

I prefer young adult – by a mile.  Adult characters are just not… well… fun.  Do you know what I mean?

Adults have lives and responsibilities… they just can’t go running into the woods chasing deer.  They might get hurt and then they couldn’t work.  They can’t make a silly decision because they have to be “grown up.”  Ugh!  Grown- ups are so frustrating to write!!!

I’d much rather deal with a middle-grade or teen character… someone who is fresh, developing, and does not have the weight of the world on their shoulders.  The opportunities for an author with a younger character are limitless… where adults you need to have at least a “little” maturity to make them realistic.

After dwelling in the adult world for a while, I’ve found my teen characters both lively and refreshing, but I still love the quirky romantic entanglement I’ve woven for Jack and Jill!

For me, I think it makes a better author.

What do you think?

Jennifer Eaton lives on the East Coast USA with her husband, three boys, and a pepped up poodle.  She hosts an interactive website www.jennifermeaton.com aimed at making all writers the best they can be.

Jack and Jill Volume One:  Jill stumbles back into the dating world after twelve years of motherhood.  But things have changed a lot since the last time she dated.  Jack and Jill stories follow the challenges of a woman holding on to traditional values in a world that has evolved without her. Now that she has found the man of her dreams, will Jill be able to hold on to him without compromising what she believes in?