A story of a girl who’s in a family of con artists? Sign me up!

Welcome to the Cover Reveal for

Read on for a special message from Julie!!

I’m so excited to reveal this cover! I saw it months ago and not only loved it, but felt like I finally had something tangible to show the vibe of this story. Chasing Truth began as a teen romance featuring a girl with a unique past–she’s from a family of con-artists. Until recently, Ellie spent her entire life living under multiple identities, being everyone and anyone. So falling for new neighbor, Miles, as herself is brand new territory and that definitely creates a bit of a rocky relationship for my two leads. While the story is still built on all of that, it also evolved into a slightly different recipe as I wrote.

Chasing Truth is 1 part mystery/thriller, 1 part high school drama, 1 part family story, and 2 parts (maybe 3…) romance. If you’re a fan of the TV series Veronica Mars, you’ll find that Chasing Truth has a similar feel. I can’t wait for all of you to have a chance to the read the book in September, but for now, I’ll have to settle for showing off this beautiful cover!

At Holden Prep, the rich and powerful rule the school—and they’ll do just about anything to keep their dirty little secrets hidden.

Eleanor might not trust him—she doesn’t even like him—but they can’t keep their hands off of each other. Fighting the infuriating attraction is almost as hard as ignoring the fact that Miles isn’t telling her the truth…and that there’s a good chance he thinks she’s the killer.

She’s also the author of the Letters to Nowhere series, Whatever Life Throws at You, Third Degree, Halfway Perfect, and many more to come!

Julie lives in Central Illinois with her husband and three children. She’s a former gymnast, longtime gymnastics fan, coach, and former Gymnastics Program Director with the YMCA.
She’s a lover of books, devouring several novels a week, especially in the young adult and new adult genres.

Outside of her reading and writing cred, Julie Cross is a committed–but not talented–long distance runner, creator of imaginary beach vacations, Midwest bipolar weather survivor, expired CPR certification card holder, as well as a ponytail and gym shoe addict.

Complete the Rafflecopter below for a chance to win a very limited, digital ARC of Chasing Truth, once it comes available (INT) 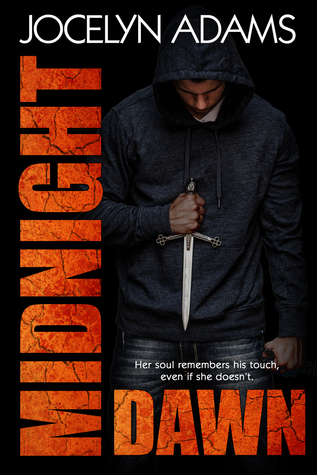 “Midnight Dawn straps you in from the beginning and whisks you away on an emotional, breath-taking ride of romance, fantasy, and good vs. evil. It’s magic.” –Naima Simone, author of the SECRETS AND SINS series

Back of the book:

Her soul remembers his touch, even if she doesn’t.

With only three days until the wraith king turns the earth into an all-you-can-eat buffet, Addison Beckett is forced to enlist brooding sentinel Asher Green’s help to unlock the Mortal Machine. According to the founder, all she has to do is find the sanctuary—the same sanctuary she can’t remember because Asher erased her memories.

Trying to save humanity while navigating Asher’s lies is a royal pain. But the more time she and Asher spend together, the harder her soul tries to remind her what else he’s made her forget—that he loves her, wants her, needs her.

When she’s trapped by the wraith king and forced to pick who will stand by her in the coming battle, Addison is faced with an impossible choice: the sentinel she loves who refuses to love her back, or a powerful stranger who insists they’re meant to be together. Her decision will determine the fate of humanity, and once decided, can’t be undone.

Jocelyn is an office grunt by day and creator of romance and adventure by night. Born a farmer’s daughter with a vivid imagination, she spent her childhood dreaming up stories.

With no formal training, she relied on the honest feedback of her writing group to take her from that first short story all the way to THE END of her first novel. She now has five published novels and has recently signed a 3-book deal with Entangled Publishing.

When she isn’t slinging words, you can find her shooting her bow or enjoying the serenity of family life in her little house in the woods.