***I need to add an apology here to Chapter by Chapter, Vicki L Weavil, Month9Books as this post was scheduled to go up after midnight on 3/7 (making me about 22 hours late) *yikes* However faithful I try to be with posts, and though I understand the responsibility and need to be conscientious, sometimes life happens. That’s when you get the emergency broadcast system, the circumstances beyond our control speech, or today, in my case, a day at the vet’s office attending a very sick, very precious feline family member.

Thanks for your understanding. 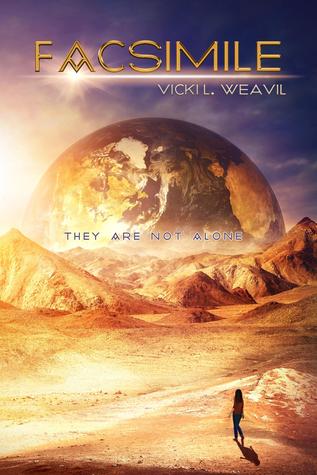 I’m so excited to have Vicki on my blog today. I’ve asked her how she feels about Young adult books transitioning to film. She’s way cooler than I am!  So, without further ado, I give you the wonderfully talented Vicki L. Weavil …

I am delighted that Julie asked me to discuss YA books in relation to film and TV shows. The truth is, I have strong opinions on this topic – perhaps not the opinions most people would expect, but definitely based in experience.

What most of you may not know is that I am a librarian who has worked her entire career in visual and performing arts libraries, including The NY Public Library at Lincoln Center and the Museum of TV & Radio (now the Paley Center for Media) in NYC. Currently I am the Director of Library Services for the University of North Carolina School of the Arts – a college that includes a major film school. So I have worked in film and television collection development, reference, and research for quite some time.

This experience has led me to question whether every popular book – YA or otherwise – should be made into a movie or television series. While I love both books and film/television, they are two very different art forms. What works in one does not always translate well into the other.

Film (and television) is a visual medium. I have enjoyed films that include very little dialogue, telling their story almost entirely through visual images. Books, on the other hand, are a language medium, and some of my favorite books use words to create atmosphere, explore ideas, and challenge the reader to solve puzzles, as well using language to tell a story.

I think this is why I have never seen a truly successful film or TV production of Lewis Carroll’s ALICE books. Carroll plays with language in such a creative way, I believe it may be impossible to capture the essence of the books in a visual medium. Sure, there are fun versions, but they never quite feel “right” to me.

Not that book to film adaptions can’t be done well – I think the LORD OF THE RINGS trilogy is a brilliant translation of books to screen, and the HUNGER GAMES and HARRY POTTER series are both very well done. In my opinion, a successful adaption retains the essence of the book while transforming it into a visual experience, and this is not an easy thing to do. Too often, it feels as if the book has been copied, scene by scene, and line by line, instead of being transformed into something that is true to the book but also true to its film or TV medium.

Now, to be honest, when people ask me if I would like my books to be adapted to film or television, of course I say “Yes!” But this is because I would love to see them adapted in a creative way. For instance, I would be thrilled if some of the brilliant animators working today wanted to adapt CROWN OF ICE, and would not mind if they cut a LOT of the language if their visual representation enhanced the mood and meaning of the story. For FACSIMILE, I can actually see a television series working well, because of its larger, diverse set of characters and its variety of action scenes. (In this case, I wouldn’t mind if the characters were spun off into new adventures based on my created universe, either). In other words, I would love to see my books on the big or small screen, but would hope these adaptions were exciting endeavours in their own right. I believe collaborating with other creative artists to tell the stories in a way best suited to a visual medium would be a challenge, but an enjoyable one.

Vicki L. Weavil was raised in a farming community in Virginia, where her life was shaped by a wonderful family, the culture of the Blue Ridge Mountains, and an obsession with reading. She holds a B.A. in Theatre from the University of Virginia, a Masters in Library Science from Indiana University, and a Masters in Liberal Studies from the University of North Carolina at Greensboro. After working as a librarian at the NY Public Library at Lincoln Center, and the Museum of Television & Radio (now the Paley Center for Media) in NYC, she is currently the Director for Library Services at the University of North Carolina School of the Arts.

Vicki loves good writing in any genre, and has been known to read seven books in as many days. She enjoys travel, gardening, and the arts. Vicki lives in North Carolina with her husband and some very spoiled cats. A member of SCBWI, Vicki is represented by Fran Black at Literary Counsel, NY, NY.