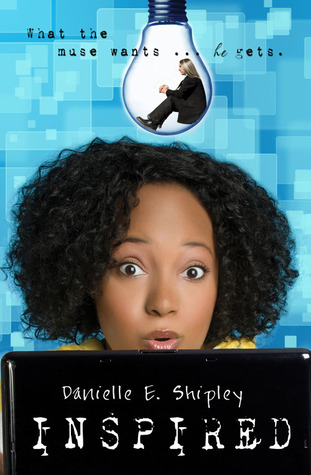 For a muse like Lucianíel, one story’s end is another’s beginning.  In the wake of his author’s sudden death, Luc takes ownership of her surviving creations—four fantastical characters with tales yet to be told—saving them from unwritten lives crumbling around them and giving them a second chance at a literary future.  Luc finds that chance in the unsuspecting mind of Annabelle Iole Gray, a quirky teen with her head in the clouds, nose in a book, and imagination ripe for a brilliant muse’s inspiration.  Or so he hopes.  Neither Luc nor Annabelle, however, realize all they’ve undertaken. Even with a to-write list including accounts of a shape-shifting cat creature, gentle knight-in-training, vigilante skater girl, and a mystery boy smothering in unspoken fear, the most remarkable saga created between author and muse just may turn out to be one stranger than fiction.  Their own.

INSPIRED Guest Post for Julie Reece: My favorite type of hero and why

When asked about my favorite type of hero, my first instinct is to answer, “Good heroes! Through-and-through good. Heart-of-gold good.” My reflexive desire is for a black-and-white world where heroes are heroes, villains are villains, what you see is what you get, and everyone takes sides accordingly.

But that’s only what part of me wants. Meanwhile, on the other side of my brain, there exists a craving for complexity and bothersome shades of gray. And I think that must be the side in charge of picking my favorite heroes, because just look at the favorites of my childhood:

Disney’s Aladdin, a thief and a liar. Sherlock Holmes, never averse to breaking and entering, or to compromising his health with substance abuse. Bugs Bunny, who rains Acme dynamite and grand pianos upon any poor fool who dares to cross him. Perfect role models? Yeah, no, not quite.

What is it, then, that draws me to a hero? That makes me love and embrace them, despite any glaring shortcomings? I value a clever hero. A daring hero. My apologies to the black-and-white ethical side of my brain, but I really love a thief. But not just any kind of petty crook will do. My top choice is a Robin Hood of a hero – the kind who bends the rules when he views them as too broken to follow. Someone who would rather do wrong for the right reasons than right for the wrong ones. Someone who cares enough about people – even strangers – to take risks to make their lives better, and who maybe even has a bit of fun with the danger while he’s at it.

I still prefer them to have that golden goodness at the core of them, too, but who knows? Maybe a little mischief or a “bad boy” streak mixed in just makes the golden bits shine all the brighter for me. What makes a hero shine brightest for you?

Danielle E. Shipley’s first novelettes told the everyday misadventures of wacky kids like herself. …Or so she thought. Unbeknownst to them all, half of her characters were actually closeted elves, dwarves, fairies, or some combination thereof. When it all came to light, Danielle did the sensible thing: Packed up and moved to Fantasy Land, where daily rent is the low, low price of her heart, soul, blood, sweat, tears, firstborn child, sanity, and words; lots of them. She’s also been known to spend short bursts of time in the real-life Chicago area with the parents who home schooled her and the two little sisters who keep her humble. When she’s not living the highs and lows of writing young adult novels, she’s probably blogging about it.

Did you think that was all? Foolish mortals, check it out!

The first two, he blames on the vampire venom.

The third, though? No, feline shifter Brook Nicholls was all his doing—a female of whom the pack will never approve.

To celebrate Unnatural‘s release, CAGED, Holloway Pack 3 is on SALE!

The UNNATURAL Blog Tour begins tomorrow, and throughout the duration of the tour, CAGED will be available for just 99c.

AND there’s a GIVEAWAY!

Up for grabs is:

To grab your own copy of UNNATURAL, click on any of the purchase links below.

Best known for her Holloway Pack Stories, J. A. Belfield lives in Solihull, England, with her husband, two children, two cats and a dog. She writes paranormal romance, with a second love for urban fantasy.