Wow! Is this not gorgeous?

A father’s love doesn’t bend, so what happens when it breaks?

Corruption, dark truths, and a new Alpha mean Leon Gray’s days of running without a pack are over. At least, that’s what everyone but him believes.

He’d rather be helping his teenage daughter navigate the landmine life of a full werewolf, finish out his servitude as bodyguard to a former Demos City reporter and, in all honesty, not be taken advantage of by a beautiful woman who really only wants him for his body—figuratively and metaphorically.

Of course, the only way any of that might happen is if he’s dead. That’s likely given the information the reporter has unearthed and the territorial battles already underway between packs. If only Demos City’s corruption didn’t have such deep roots—older than the bones of the city or any of the werewolves who’ve decided to claim it. A city can only take so many power hungry mongrels invading it at one time, and Leon can only take so much knowing his daughter lives within its boundaries.

War has come to Demos City.

It’s up to Leon to fix … what’s most important to him.

Other Books by Jonathan Lister

And now for the deals! 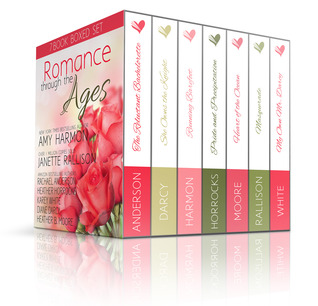 Six authors teamed up to put together a boxed set of clean romances that they’re offering for just 99 cents on Amazon, Barnes and Noble, iTunes and Kobo. Recently, there have been a lot of boxed sets that have made it to the USA Today and NYTimes bestseller lists. Most of them are steamy books that you couldn’t really share with your mom or your daughter.

These author’s decided they’d like to give people an alternative by putting together a set of clean romances in time for Valentine’s Day.

“We’d love to make it to those bestseller lists because of the exposure it would get–we want people to know there’s a clean alternative. You can have love and romance and a great story without all the adult content..”

I know you’ll enjoy these books.

And on Good Reads …

Young Adult Author - Epic Tales of Romance and Adventure END_OF_DOCUMENT_TOKEN_TO_BE_REPLACED
This entry was posted on Tuesday, February 4th, 2014 at 2:37 pm and tagged with Cover Reveal, deals, ebook, epub, Fantasy, i am a reader not a writer, J Taylor Publishing, Jonathan Lister, new release, novels, paranormal, romance, suspense, Sweet romance, thriller, urban fantasy and posted in Cover Reveals, General. You can follow any responses to this entry through the RSS 2.0 feed.
« ARC giveaway! Beasts of Burdin by Alexander Nader!
Romance is in the Air Giveaway Hop »